NASHVILLE – The Metropolitan Nashville Airport Authority (MNAA) Board of Commissioners elected attorney Aubrey (Trey) B. Harwell III as its new chair at its May meeting. Harwell, who previously served as vice chair, succeeds Dr. A. Dexter Samuels, senior vice president for Student Affairs and executive director, Center for Health Policy at Meharry Medical College, who has served as chair since 2018 and as a board member since 2007.

Amanda Farnsworth was elected vice chair after previously serving as secretary, and Bill Freeman was elected secretary. These officer positions are effective July 1 and are two-year terms.

“The airport has benefited enormously from the sound counsel and inspired leadership of Dr. Samuels,” said Doug Kreulen, MNAA president and CEO. “All of us are appreciative of his focus, innovative spirit and civic commitment to our mission and the community we serve. We now begin a new chapter with Chair Harwell at the board’s helm and look forward to continuing a course of growth and expansion.” 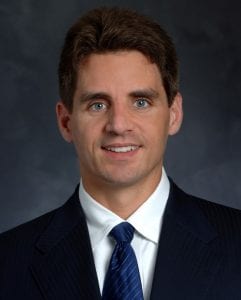 Trey Harwell was appointed to the MNAA board in 2013 as the legal representative by then-Mayor Karl Dean and elected secretary in 2016. He was reappointed in 2017 by then-Mayor Megan Barry and elected vice chair in 2018. He is a member at the law firm of Neal & Harwell, and his principal areas of practice are complex civil litigation, white-collar criminal defense, internal investigations and crisis management. Current and past board service includes: Boy Scouts of America; Downtown Nashville Partnership; Friends of Warner Parks; Fellow of the American, Tennessee, and Nashville Bar Associations; and past president of the Nashville Bar Association. Harwell is a graduate of Vanderbilt University with a bachelor’s degree in English and the Vanderbilt University School of Law, where he currently serves as an adjunct professor in trial advocacy.

Amanda Farnsworth was appointed to the MNAA board in 2012 as the industry, commerce and finance representative by then-Mayor Karl Dean, reappointed by Dean in 2014 and again reappointed in 2018 by then-Mayor David Briley. She was elected secretary of the board in 2018 and chairs the Finance Committee. Farnsworth was a partner with J.J.B. Hilliard, W.L. Lyons investment firm. Current and past board service includes: Optimum Solutions, Inc., vice chair; Precision Energy Solutions; Aircraft Owners and Pilots Association (AOPA) in Washington, D.C.; Consumers Insurance, chair; Franklin American Mortgage Company; Motorists Insurance Group; and National Safety Alliance. She is a trustee of the Ensworth School and past chair of the Boys and Girls Clubs of Middle Tennessee. Farnsworth is a commercial rated pilot. She is a graduate of Vanderbilt University with a master’s degree in computer science and a bachelor’s degree in mathematics. 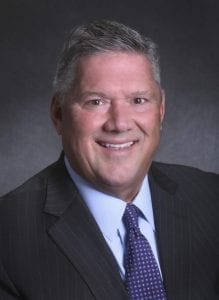 Bill Freeman was appointed to the MNAA board in 2016 as a pilot representative by then-Mayor Megan Barry and recently re-appointed to the board by Mayor John Cooper. He chairs the board’s General Aviation/Operations/Planning/Engineering Committee. Freeman is chairman of Freeman Webb, Inc., a real estate investment, management and brokerage company and previously was director of Downtown Urban Development for the Metropolitan Nashville Development and Housing Agency (MDHA). Current board service includes the University of Tennessee Alumni Board of Directors; the AOPA Presidents Council; and trustee on the Tennessee State University Board of Trustees. He has served as co-chair of the National Advisory Board of Organizing Action and as a commissioner of the Nashville Convention Center. He is a graduate of the University of Tennessee.

MNAA Board of Commissioners

With nearly 18.3 million passengers in in 2019, Nashville International Airport (BNA) has been one of the fastest growing airports in North America. According to a recent study, in 2018 alone, BNA generated more than $7.1 billion in total economic impact, supported more than 67,000 jobs in the region, and produced more than $392 million in state, local and federal taxes. BNA receives no local tax dollars. For more information, visit flynashville.com. Follow us on Facebook: @NashvilleInternationalAirport, Twitter: @Fly_Nashville and instagram: @FlyNashville. Learn more about BNA Vision, our growth and expansion plan for the airport, at BNAVision.com.