NASHVILLE, Tennessee – The Metropolitan Nashville Airport Authority (MNAA) announced today aviation industry veteran Jeff Roach as the executive director of operations and development at John C. Tune Airport® effective Nov. 2, 2020. JWN® is the reliever airport for Nashville International Airport® that serves the needs of the region’s corporate and private aircraft and is the largest general aviation airport in the state. He joined MNAA in 2018 as assistant vice president, strategic planning. 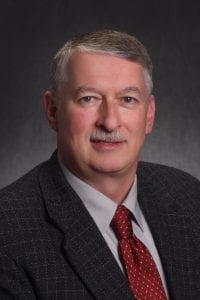 Mr. Roach is an American Association of Airport Executives accredited airport executive with more than 40 years of aviation experience, including serving as manager of the Fairbanks International Airport, where he administered all airport functions. That airport is a regional hub airport serving more than 1 million passengers per year, with more than 500 based general aviation aircraft and 100 airport employees.

“Jeff Roach is the perfect fit for what the Airport Authority needs at John C. Tune Airport,” said Doug Kreulen, president and CEO of MNAA. “His experience managing airports, as well as his understanding of planning and development, provides us with the skills and expertise we need to take JWN to the next level.”

As the assistant vice president, strategic planning at MNAA, Mr. Roach has overseen all airport planning, airspace, noise and airport grant management activities as well as completing updates to the JWN Airport Layout Plan and the Nashville International Airport Master Plan. He has also led the effort to acquire grant funding for the construction of the JWN Air Traffic Control Tower (ATCT) and inclusion of the JWN ATCT in the FAA Contract Tower Program.

Mr. Roach has a wide range of aviation-related experience. He served as a military aviator and aircraft mechanic. He is an FAA commercial-instrument rated pilot with more than 1,000 hours of helicopter flight time. He spent more than 37 years as a member of the Alaska Army National Guard. He began his career with the Alaska Army National Guard in 1981 as a helicopter mechanic and crew chief. He was commissioned as an aviation second lieutenant and completed helicopter flight school the following year. He served in command and staff positions through the rank of colonel.

Mr. Roach held leadership positions in year-long deployments to Central Europe, the Balkans and Afghanistan. He managed military airports in Kosovo and Afghanistan. In Kosovo he served as the Camp Bondsteel Airfield Manager where he oversaw all aviation activity at the airfield. As the operations officer at Kandahar Air Base in Afghanistan, he planned and led the return of civil aviation at Kandahar International Airport after the airport had been closed to the public for more than 20 years. In addition to numerous other awards, he received the Bronze Star for leadership in combat, the combat action badge, and the Legion of Merit at the culmination of his military service.

John C. Tune Airport is the reliever airport for Nashville International Airport that serves the needs of the region’s corporate and private aircraft and is the largest general aviation airport in the state.

NASHVILLE INTERNATIONAL AIRPORT®, BNA®, , COMMANDER BERRY FIELD®, JOHN C. TUNE AIRPORT®, and JWN®, among others, are the registered trademarks and trademarks of The Metropolitan Nashville Airport Authority (“MNAA”). Use of these trademarks without permission from MNAA is strictly prohibited.